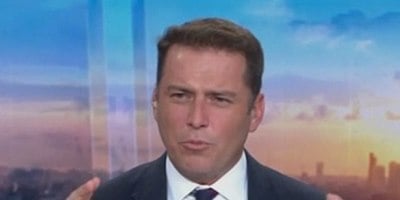 EDITOR’S NOTE: Many of our members would have fond memories of being army cadets, or learning shooting as part of other recreational clubs. Now, these activities get shouted down. It’s good to see a leader being trained in responsible firearm usage, and for anti-gun rhetoric to be called out for their double standards.
This article appeared on the Daily Mail Australia Website. PUBLISHED: 17:09 EST, 7 June 2016 | UPDATED: 18:09 EST, 7 June 2016 Read more: https://www.dailymail.co.uk/femail/article-3628628/Princess-Mary-sparks-debate-Karl-Stefanovic-calls-anti-gun-campaigner-Lisa-Wilkinson-views-Princess-Mary-firing-weapon.html

‘If that was a politician she’d be run out of town!’ Tensions run high on Today as Karl blasts Lisa’s ‘double standards’ over gun laws after she praises ‘Power Princess’ Mary firing a rifle

That’s what viewers were left asking after the presenting duo found themselves arguing on Tuesday mornings, over, of all things, a Crown Princess Mary story published by Daily Mail Australia on Monday.

The breakfast TV stars debated whether it was appropriate for the usually elegant Danish Princess to be dressed in camouflage, combat boots and holding a gun while doing drills with the Danish National Guard.