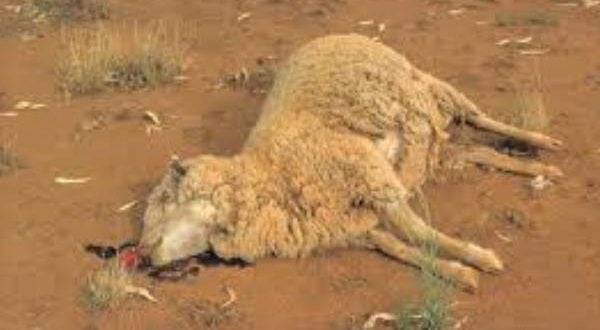 EDITOR’S NOTE: Feral animals are a significant problem for farmers. If you’re having problems, made worse by the current gun laws, please send us a message to this page, or comment below. We need to highlight these problems to make sure we get more sensible laws.

TRAPROCK wool grower Sandy Smith says wild dogs have killed about $100,000 worth of sheep on his property Allendale at Gore in the past 12 months.

The loss comes despite the destruction of 14 of the canine menaces in past 12 months.

“At $100 a head including the wool that will not be shorn, the loss of 1000 sheep is obviously a very significant cost and one that cannot be sustained,” Mr Smith said.

ONE DOWN: Wal Lee, Avonleigh, Karara, and Sandy Smith, Allendale, Gore, with a sheep killing wild dog shot on Monday.

“We have had a constant campaign of trapping, baiting and shooting but we are still being attacked by dogs.”

Their next step is to construct a 45km exclusion fence that will hopefully provide a high degree of protection to Allendale and four other properties.

“There aren’t a lot of choices in this war against wild dogs,” Mr Smith said, who is also the president of AgForce Sheep and Wool.

“Hopefully an exclusion fence will stop the dogs because nothing else seems to be working despite our best efforts.”

On Monday more than two dozen of Mr Smith’s neighbours gathered at Allendale to participate in a dog drive in an area of heavy timbered country near where a dog had recently been spotted.

Whitsundays: Are you sick of being ignored?

Mundingburra Voters – Have you seen this? 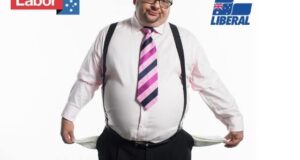