Home - News - Handgun use is still needed by primary producers 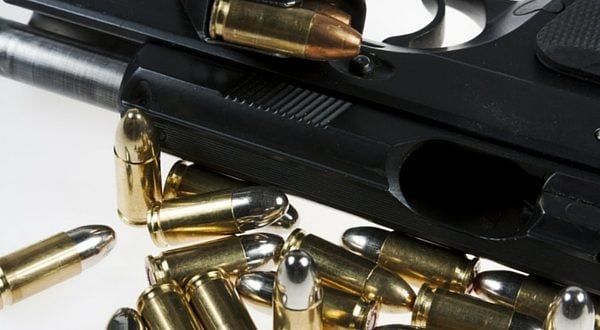 Handgun use is still needed by primary producers

PRIMARY producers lobbied hard in the 60’s and again in the 90’s for handguns to be legally used for their work.

With a lot of consultation, the allowance for category H handguns to be used was not put out there on a whim or done lightly, it was done because of the need.

There was a need then and Agforce media spokesman on firearms Graham Park says there is a continuing need now.

But the usage of handguns have has come into question after State Member for Rockhampton and Minister for Police Bill Byrne made comments saying “(the) idea of the lone cowboy, with the pistol strapped to the hip as an effective weapon in an agricultural application simply doesn’t cut it with me” and supported his comments saying he had “genuine conversations with leaders of the agricultural community”.

Mr Byrne’s comments caused quiet quite the stir among in the agricultural community and have angered many producers.

Mr Park said Agforce had two separate issues with the comments made.

“First, the lone cowboys comment. Agforce finds the comments regarding characterising primary producers as lone cowboys as deeply offensive and uncalled for and we do not believe the minister has enough experience in the area of primary production to comment personally on the viability of the use of different fire arms in an agricultural environment,” he said.

“Secondly, Agforce president Grant Moorsely has repeatedly advised that no one within Agforce has had any meaningful consultation with the minister on this issue prior to those comments.

“We’re severely disappointed that despite the minister’s supposed calling of a firearms consultation forum it has not happened.”

There is concern among primary producers on health and safety in the industry going backwards as well as livestock destruction if category H gun laws are changed.

Mr Park said Mr Byrne’s comment, in which he referred to the Sporting Shooters guide, which suggested a rifle was a more humane for deconstruction of an animal, was off the mark.

“Sporting Shooters guide to humane destruction does not say don’t use a hand gun, it simply talks about rifles from the very simply simple point of view that as a sporting shooter as opposed to an occupational shooter like a pest controller or a primary producer you don’t have a licence to do it, do so why would they comment,” Mr Park said.

“Let’s say that a cow goes down in the top tier of the truck, in with other cattle, it would be extremely risky both from a workplace health and safety aspect and humane destruction aspect to try and climb up there with an implement that takes two hands, because how do you hang on, and what your you are normally doing in a humane destruction situation is the firearm is very, very close to the animal because that maximises impact, reduces suffering and also reduces the likely hood likelihood of someone missing or ricochet or something like that.”

Mr Park said Agforce did not entirely understand where the gun comments came from.

“We’re talking about people who have been proven responsible, they’ve trained, they’ve done safety courses, they’ve not done anything wrong and all they’re trying to do is improve that humane destruction of animals.”

Mr Parks said farmers had a duty of care when it came to human deconstruction and to reduce feral animal populations.

“Animals unfortunately do injure themselves or do get sick, farmers have a duty of care ethically and legally to look after that.”