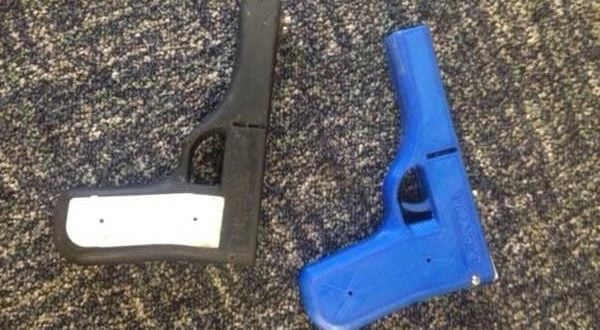 The rise of 3D printed guns in Australia.

3D printers and guns keep turning up in police raids.

“Any experienced shooter is likely to say – no thanks, I like these five fingers. And two eyes!” said Graham Park, president of the Shooters Union, which represents around 200,000 of the country’s firearm owners.

“In shooting circles they’re considered a joke because they’re so bad. No one wants one because most people are terrified they’ll blow up in their hand,” he said.

In the first test, one of the guns had what police ballisticians called a ‘catastrophic failure’: it blew itself apart. In 2014, the UK’s National Ballistics Intelligence Service ran tests with similar results. In one, a piece of the gun ended up lodged in a ceiling panel.

Defense Distributed’s Cody Wilson – who this month won a legal battle to put his firm’s gun blueprints back online – has called the tests “propaganda” and “convenient disinformation”. But firearm users in Australia are not convinced.

“At present 3D printed guns hold no interest for 99 per cent of legitimate firearm owners, the one per cent being niche owners like collectors, or theatrical armorers,” said Kirk Yatras of  lobby group Firearm Owners United.

Recreational shooters and farmers want guns they can rely on and “use over and over again, not a throwaway” adds Park.

But another major demographic of Australian gun users has embraced the technology with zeal: organised criminal gangs.

Plastic printed weapons and the equipment to make them keep turning up in police raids, and more frequently here than in any other country, according to new analysis from QUT researchers.

Within days of Dr Monique Mann and Dr Angela Daly from the university’s law faculty releasing their briefing paper 3D Printing, Policing and Crime this month, more guns allegedly manufactured using a 3D printer turned up in a raid on a suburban Sunshine Coast property.

“I’m not a fortune teller. But if they’re out there, and being seized, eventually a 3D printed gun shooting is going to happen,” Mann said. “It’s only a matter of time.”

The most common 3D printers work by repeatedly depositing layers of molten plastic from a moving nozzle, until an object is formed. The process is called fused deposition modeling.

Two types of thermoplastics are typically used, PLA and ABS. PLA is cheaper and more brittle, while ABS is stronger and more durable.

Printers – which can be purchased for around $1300 or less – can manufacture objects from laser scans of existing objects, or from CAD files. Designs for guns are readily available on file sharing websites and the darknet.

The machines and printed guns and parts keep showing up at properties raided by Australian police. In 2015 a police raid on a suburban Gold Coast home found 3D printed gun components which police later pieced together and fired.

Again in 2016, police raids on businesses in Nerang on the Gold Coast uncovered 3D printers and homemade automatic submachine guns.

These are just some of the finds and discoveries continue. Firearms allegedly manufactured using a 3D printer were seized during a raid in the Sunshine Coast suburb of Mudjimba last week.

Mann and Daly speculate that a number of factors unique to Australia are driving the high incidence of 3D printing among criminals here. Potentially, Mann says, “those elements combined may mean that it’s easier for someone to 3D print a gun than to obtain it through other means”.

Firearms made with a 3D printer aren’t completely useless. In the NSW Police’s test of its second Liberator, the gun fired a bullet 17cm into a block of gelatine soap, which ballisticians use as a proxy for human muscle.

Then Police Commissioner Andrew Scipione declared the weapon “certainly capable of killing anyone”.

Tests by the US Bureau of Alcohol, Tobacco, Firearms and Explosives, showedsuch weapons were capable of being “lethal” and could fire a bullet that could “reach vital organs and perforate the skull”.

Being mainly constructed from plastic – although a metal bullet and firing pin is required – means 3D printed plastic guns are difficult for security screen metal detectors to pick up, prompting fears of an In the Line of Fire scenario.

Journalists have demonstrated this point twice; carrying one aboard a Eurostar train from London to Paris, and pulling one out during a press conference, metres from Prime Minister of Israel Benjamin Netanyahu.

Even non-functioning 3D printed plastic replicas of guns are potentially useful to criminals.

“Someone with a plastic gun that doesn’t fire but nonetheless will use it to threaten people is a significant problem,” says Gun Control Australia spokesperson Charles Watson.

“We’re not used to having hand guns around. And a very good fake handgun is a real problem in criminality terms,” he said.

The material by its nature “also allows for an easily disposable weapon in that evidence of the firearm can be melted and destroyed,” Mann adds.

As well as the appeal of such features, the QUT researchers suggest the adoption of plastic firearms by local criminals also comes from the difficulty they face in obtaining standard metal guns in Australia.

“We’re an island, we have very strict border control regimes, it’s not impossible but it’s very hard to get stuff relative to say the EU with open borders. Obviously in the US people don’t really need to print guns because you can get them pretty easily through other avenues quite legally. Also Australia has very strict gun control laws,” Mann said.

It is difficult to say with certainty how difficult it is for criminals to obtain a illegal firearm without printing one. The Australian Federal Police admits it doesn’t knowhow many weapons are making it to the country unnoticed.

But Australia’s “unique context” may have “created a gap in the market” for the plastic guns, Mann says.

Legislators are responding to the inevitable rise in the numbers of 3D printed firearms. Many countries have updated existing gun laws to include those manufactured with a 3D printer.

Spain and Germany have introduced laws to prohibit the “dissemination of information” like CAD files relating to 3D printed firearms without a license.

New South Wales has gone one step further. In 2015 the state parliament passed legislation to make it illegal to possess files – ‘digital blueprint’ – that can be used to manufacture a firearm on a 3D printer or electronic milling machine. The maximum penalty in 14 years in jail.

NSW Bureau of Crime Statistics & Research confirmed to Computerworld that no finalised criminal charges have yet been brought under the law. That could soon change when Sicen Sun faces sentencing at District Court in Sydney for the offence in August.

Although the law will certainly deter some, Mann says it will be “really hard for police to identify and police and enforce this”.

“Whether or not that’s going to be effective, we don’t know,” she added.

There have been calls for additional regulations, including controls built in to 3D printers to prevent them from printing gun designs.

“It has also been suggested that 3D printing machines be pre-loaded with a database of designs that could be matched to prints and prevented from printing firearms,” Mann says. Alternatively the blueprints could be hashed and removed from websites, which could prove difficult given different countries have different laws, “and it’s concerning, putting controls on the Internet,” Mann adds.

Such measures, according to Firearm Owners United’s Yatras, who takes a keen interest in open source, are “humorous if you consider that a large amount of development has been undertaken by the open source community and thus the source code for some of the most popular 3D printer models is published online”.

He considers the new NSW law to be “a total waste of resources”. On this Yatras finds an unlikely ally in Gun Control Australia’s Watson.

“Holding people who possess the [digital files] as gun owners is very dicey. I don’t think that’s going to work myself, I can’t see it’s a practical outcome,” Watson said.

As the technology and materials improve, 3D printed guns are likely to become far more effective as weapons. It is now possible to mostly 3D print guns in metal, and metal printers are coming down in price and up in useability.

“It’s worrying for Australia because we have relatively good gun control overall, and something which enables the underworld to get access to more guns would not be a good thing,” said Watson.

“I’m sure it is a problem and it will be a growing problem. I don’t think there’s any need for panic or hysteria at the present time, but police and other agencies are really going to have to look out for this.” 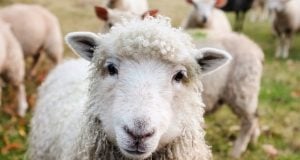