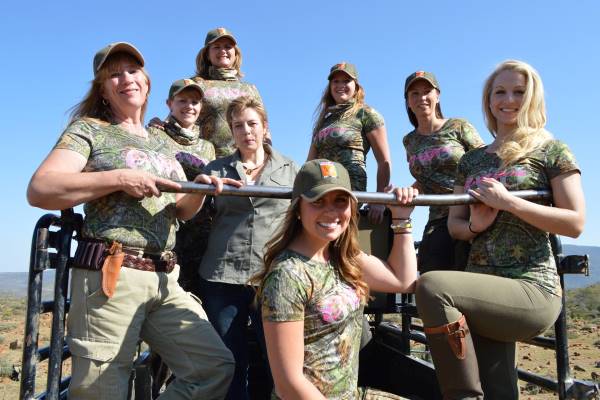 Goondiwindi paramedic Christie Pisani has returned home from South Africa after filming a TV series “Heart of the Huntress”.

That passion is hunting.

“We aspire to be positive role models for all women, men and children. To be valued for our skills, knowledge, ability to share, learn and succeed. Above all we want to share the message of conservation hunting: purposeful hunting. Hunting that gives back what it takes,” she said.

“What I’m not is somone who just goes out to shoot and kill animals just for the sake of it,” she said. And over the years she has been criticised. In particular when she hunted buffalo.

“What people didn’t realise was that we had been asked by the indigenous owners. “Buffalo were culled annually, shot from the air. Many were shot and just left to die in agony.”

Christie and some friends were asked to investigate whether there was a more humane way to cull the buffalo, and to see if hunting could be turned into a commercial venture.

“The buffalo killed were used for food,” she said. However while she does use a rifle she prefers to use a bow. She took up the bow a little more than a decade ago.

Her passion for the outdoors came from her family. “Even as a little tacker I’d go out with dad ( and her three brothers) fishing and hunting almost every weekend. It’s just what we did,” she said.

And that interest has led her to South Africa where she filmed the series Heart of a Huntress”.

Series II will be shot in Australia later in the year.

“We want promote hunting and the outdoors to women and we’re dedicated to bringing more women into our sport and keep our hunting heritage alive,” she said.

Christie met two of the fellow hunters while competing in an American hunting contest in 2015. They made a pact to continue their friendship and reunite every year on a different continent.

In October the girls will meet in the “untamed top end” to hunt at Cape York Safaris.

“We will be targeting buffalo, scrub bull and wild pigs, as well as participating in barramundi fishing and other outdoor activities and taking Australian hunting and recreation to the world,” she said.

Christie believes that hunters play a key role in protection of the agricultural and natural environment, and also in the conversation of animals.

“It is those people who work and play in the outdoors that have a vested interest and motivation for acting as stewards of nature and keeping it viable for future generations”.

The series 1 DVD is available from the Gundy Sports shop, or by emailing christiepisani@gmail.com. Women’s and children’s shirts and singlets are also available. Fans can also follow their Facebook page.