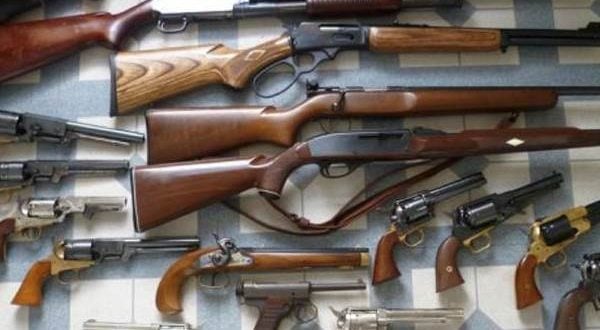 Queensland’s licensed firearm dealers have voted to ‘strike’, and force police to shoulder the processing of up to 20,000 firearm transfers a year, over what they see as a blank refusal by the state government to consult with industry about excessive red tape and regulations.

The dealers say they are fed up with bearing the cost and responsibility of regulations they have no say over and vow that police will need to broker firearm transfers between private individuals across the state.

Mr Nioa said the group was shut out of the state government’s Weapons Consultation Forum despite a clear-cut promise to consult with industry.

“Queensland’s firearm industry is fed up at being ignored; other industries are consulted and are given an opportunity to provide feedback when regulatory changes are proposed, but we are being kept in the dark,” Mr Nioa said.

“Our members are expected to be an arm of the bureaucracy and process reams of paperwork at no cost under an outdated system, yet common-sense suggestions we have to improve the process are not even heard.

“If the government considers their current red tape around private transfers between law-abiding firearm owners is so important, then they can resource it through the Queensland Police Service or another government department.”

Mr Nioa said the association did not want to impact farmers and licensed firearm owners and had provided advance notice to the state government to allow for emergency procedures, including special exemptions, to be put in place.

“The proper recording and tracing of firearm transactions between individuals is an essential public service and it is important the Police Minister steps up to ensure the service continues for licensed firearm owners,” Mr Nioa said.

Speaking from Longreach, Glen Rural Traders representative Malcolm Sellick said the strike probably wouldn’t have a huge effect in the west, where the police already manage some transactions, but they would be taking part to help make a point.

“We probably do two or three a week. One could take 10 minutes or it could take half an hour, depending on the circumstances.

“We don’t make any money out of it – we’re just providing a service.

“But the minister said in Parliament that key stakeholders would be invited to join the forum, and then ignored us.

“We’re one of the key organisations – we deal with guns every day. It’s just ignorant not to include us.”

Previous: Canberra shooters call for review of gun laws after rifle permit refused over ‘military-like’ appearance
Next: The EU’s big plan to tighten gun control has hit a major roadblock